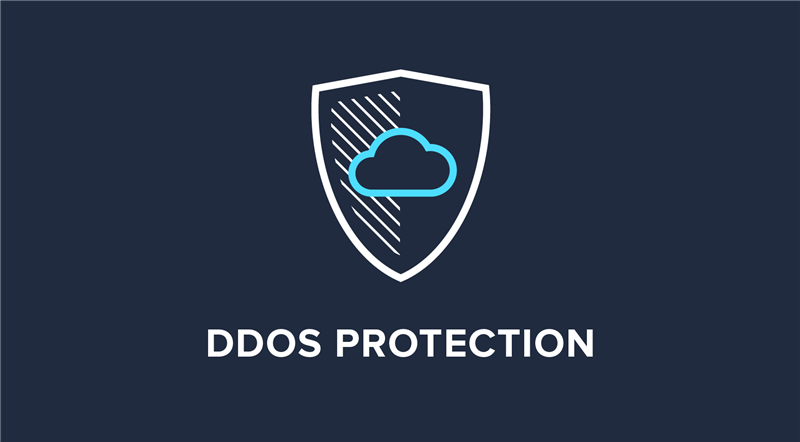 Whether you’re a blogger, the owner of an eCommerce shop, or a webmaster for a local service provider, everyone knows that in today’s internet-driven world, having a strong website can be the difference between economic success and failure. With businesses growing increasingly reliant on search engines and web traffic to drive sales, the ever-present risk from malicious actors online carries with it a higher price than ever before. One threat in particular has grown more common in recent years: DDoS attacks.

But what is a DDoS attack, how can they be identified, and what can you do to safeguard your website against them? In this guide, we’ll take a look at the common signs of a DDoS attack as well as which steps you can take to mitigate the damage they cause.

DDoS, or Distributed Denial of Service, is a coordinated attack using one or more IP addresses designed to cripple a website by making its server inaccessible. This is done by overloading a server’s resources and using up all available connections, bandwidth, and throughput. Just like when driving, your travel-time from point A to point B will be slower if there’s too much traffic. By flooding a server with more connections than it can handle, the server becomes bogged down, making it unable to process legitimate requests. Even hardy servers can’t handle the number of connections a DDoS can bring.

While there are various means to perform a DDoS attack, ranging from HTTP floods to Slowloris’ lingering connections, the vast majority require live connections to your server. Lots of them.

The good news is, because these connections are live, you have the ability to see them as they are being made. Using a few simple commands, you can not only determine if a DDoS is happening, but additionally you can gain the information needed to help mitigate these attacks.

How to Check for DDoS

If you’re concerned that your server might be under DDoS attack, the first thing you’ll need to do is take a look at the load on your server. Something as simple as the uptime or top commands will give you a good idea of the server’s current load.

But what is an acceptable load?

Well, that depends on your CPU resources or available threads. Typically though, the rule is one point per thread.

To determine your server’s current load, you can use the grep processor /proc/cpuinfo | wc -l command, which will return the number of logical processors (threads). During a DDoS attack, you may see load at double, triple, or even higher over the maximum load you should have.

To start, use the two commands below to return your uptime and server load.

Unlike the above example, sometimes your server will respond fine over a backend connection like IPMI, but will still be slow when connecting over a public interface. To determine if this is the case, you will want to check your network traffic. This can be done with one of several tools including nload, bmon, iftop, vnstat, and ifstat. Your choice will depend on your operating system, but all of these tools can be installed via your package manager (apt, yum, etc.).

How to Check Which IPs are Connecting to Your Server

Since most DDoS attacks require connections to your server, you can check and see how many, and which, IP addresses are connecting to your server at once. This can be determined using netstat, a command used to provide all manner of details. In this instance though, we’re only interested in the specific IPs making connections, the number of IPs, and possibly the subnets they’re part of. To start, enter the following command into your terminal:

When entered correctly, this command will return a descending list of which IPs are connected to your server and how many connections each one has. The results may also include artifact data, which will appear as non-IP info, and can be ignored.

Looking at your results, you will see connections listed ranging anywhere from 1 to about 50 connections per IP. This can be quite common for normal traffic. If however, you see some IPs with 100+ connections, this is something to scrutinize.

Included in the list, you may see known IPs, one or more of the server’s own IPs, or even your own personal IP with many connections. For the most part, these can be ignored, as they are there normally. It’s when you see single, unknown IPs with hundreds or thousands of connections that you should be concerned, as this can be a sign of an attack.

Once you have an idea of which IPs are attacking your server, blocking these specific IPs can be done with a few simple commands.

To start, use the following command, replacing “ipaddress” with the address of the IP you’re trying to block.

Once you’ve blocked a particular IP on the server, you can crosscheck if the IP has been blocked successfully using:

You can also bock an IP address on the server using iptables by entering the following commands:

After entering this series of commands, you will need to kill all httpd connections and restart httpd services. This can be done by entering:

If more than one unknown IP address is making large numbers of connections, either of these processes can be repeated for all offending IPs.

While a denial of service attack from a single IP making numerous connections can be easy to diagnose and fix, DDoS prevention becomes more complex as attackers use fewer connections spread across a larger number of attacking IPs. In these cases, you will see fewer individual connections even when your server is under DDoS. With the rise of the Internet of Things (IoT), these types of attacks have grown more common. By hacking into and utilizing “smart” devices, appliances and tools that feature internet connectivity, malicious actors have built networks of available IPs, referred to as botnets, capable of being deployed in coordinated DDoS attacks against specific targets.

So what can you do if you find large numbers of unknown IPs only making single connections? In this instance, it can be difficult to determine if this is natural traffic or a coordinated attack.

To start, you’ll want to determine if these connections are coming from common subnets: common being the same /16 or /24. You can use the next two commands to list the subnets that contain the connected IPs, and how many IPs are in each subnet.

When entered, this command will display any IP starting with the same two octets: ie. 192.168.xxx.xxx.

Once you have determined if you are in fact under a multiple-IP DDoS attack, the steps to mitigate it are the same as those used above to combat single IP attacks, but replicated for many IPs.

These techniques are just a few of the tools available to check for possible attacks. While there are more advanced tools available, these methods can provide quick and easy results to determine if you may be experiencing a DDoS attack. The information these commands provide is useful even when not under attack, and familiarizing yourself with them can help strengthen any administrator’s tool belt.

The risks and costs associated with DDoS attacks are greater than ever. Unfortunately, with the rise of botnets, even when a DDoS attack is verified, blocking hundreds or thousands of attacking IPs manually can be incredibly difficult. In these instances, it can be hard to stop an attack once it’s begun.

For this reason, it is best practice to have a plan in place for combating DDoS attacks before they happen. In addition to the methods mentioned here, you may also want to consider signing up for one of the various DDoS protection services available online. Popular options include Akamai, Verisign, and Radware.